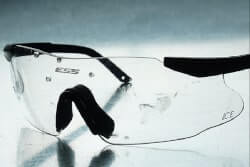 Ear and eye protectors should be the basic equipment of every shooter. Unlike hearing protectors, which operation we feel all the time, eye protection may seem definitely less important to some. The "what can happen to me" approach is unfortunately still sometimes visible, and the influx of cheap, non-standardized counterparts of protective glasses encourages those seeking savings to risk their own health.

However, there are many reputable manufacturers of safety glasses and goggles on the market, who have passed endurance tests to prove their quality. In addition, some of them have been tested during years of service by many military, police and firefighter units - the best-performing models have been entered on lists of military authorised eye protectors. As a distributor of two of them, Eye Safety Systems and Oakley SI (Standard Issue), we would like to explain what the tests are about, how they transfer to the real value in use and what eyeglasses with such standards stand out from the competition.

What are ballistic glasses?

First of all, let's define ballistic spectacles for the beginning. Ballistic glasses are models of safety glasses that meets at least the standards of ANSI Z87.1 - the American civil standard for the durability of eye protectors. The tests are divided into three types: the first sentence means obtaining the Z87 designation, while the others decide about granting the Z87+ standard. Two of the tests are a test for resistance to high mass particle impact and one for high speed impact. 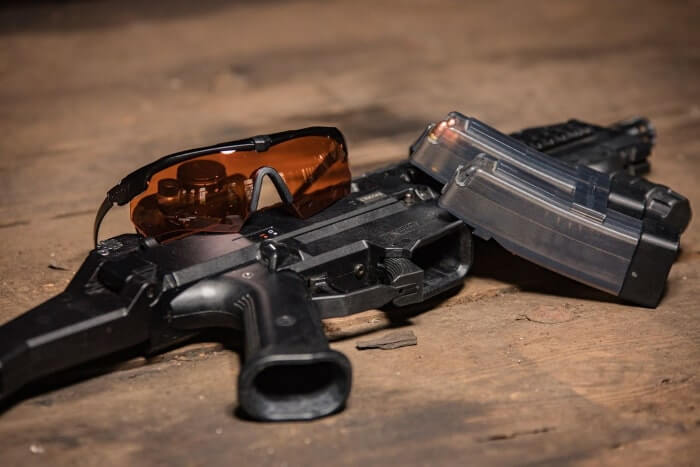 It should be noted that the tests check not only the strength of the lens, but also the solidity of their seating. Both damage to the lens and pushing it out of the frame results in a failure. It also shows us the gigantic difference in strength between polycarbonate lenses and those made of other polymers. Glasses that do not meet the ballistic criteria, but are equipped with polycarbonate lenses often do not pass the test because of pushing the lens out of the frame. Lenses made of cheaper materials, however, fragment after impact.

The first test is carried out using a steel ball dropped on the spectacles from a height of 127 cm. The model that has passed this test is marked Z87. Both in this and other tests the glasses are put on the cast head model. This is extremely important for the realistic behaviour of the spectacles under load. There are films made by people who incorrectly "test" the glasses. Often in such cases, the glasses are rigidly fixed so that they cannot show their natural cushioning. The result is often damage to the glasses, which would not occur when used properly.

The second is the penetration test, for which a half-kilogram steel pin with a conical front is used. As in the first test, the penetrator is dropped on glasses from a height of 127 cm. For the test, a guide is used which ensures repeatability and strikes the centre of the tapered part. This test goes well beyond the requirements of the previous one and is similarly unsuccessful if the lens starts to fragment or falls out of the frame.

The third test - the high velocity particle test takes place in a closed chamber with the head model and pneumatic ejector installed. The lenses are subjected to a .25 inch diameter spherical steel bullet impact at 150 fps. For example, in order to correctly assess the strength, ESS uses three heights from which the bullet is fired and several different angles at which the ball strikes the viewfinder. After passing all three tests, the glasses receive the Z87+ standard.

Of course, the Z87+ standard is just the beginning - ESS ballistic glasses not only meet the much more demanding MIL-PRF standard, but even exceed its requirements many times over. This ensures that users are protected not only against blunt objects but also against irregular shards, as examples can be found on the manufacturer's website.

Tests under the MIL-PRF standard are more stringent when it comes to resistance to high velocity particle impacts. The pellets used in this test are formed into the shape of a cylinder with a truncated face and have a smaller diameter, which gives them greater penetration capacity than a ball. The speed at which they are fired is also significantly increased.

The MIL-PRF and Z87.1 standards are based on the standardization system in the United States. Spectacles manufactured in Europe, such as the French Bolle Tactical for example, are tested under European (EN) and NATO (STANAG) standards. In the case of ballistic spectacles, STANAG 4296 will be required. In addition to impact strength issues, it also provides guidance on shelf life etc. Focusing on strength test - it is similar to those carried out under the MIL-PRF, but here the bullet is a steel cylinder that is accelerated to a much higher speed - 275 m/s.

This does not mean, that European products are stronger than American products because of the requirements - both of them exceed the standards. ESS has subjected its glasses to tests which have shown that it was six times as much as the kinetic energy expected by MIL-PRF needed to penetrate the glasses.

Moreover, we tested the ESS on our own. Unfortunately, our company does not have at its disposal certified equipment, so for the tests we used a 12 gauge shotgun, loaded with light ammunition with number 7.5 shot. A single pellet in this case has a diameter of just over 2 mm and a speed of 350 m/s. Below you will see the effects:

Small cavities in the upper part (and two in the lower part) are the places where the shot was hit - as you can see, no penetration took place. It is also worth noting that lead has a much higher density than steel (11340 kg/m3 of lead compared to less than 9000 kg/m3 depending on the steel alloy) so at the same volume of material it will carry more energy. 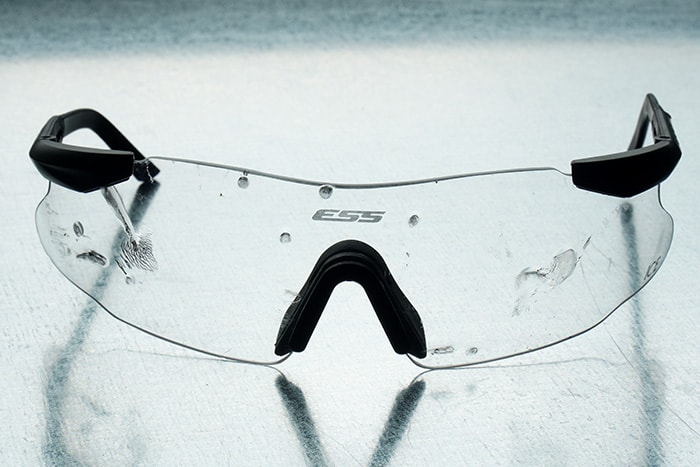 You may be wondering how large irregular surface damage has occurred. Well, we also tested the glasses for a more probable threat than a direct shot from a shotgun - a fragmented bullet's jacket, in this case from a 9x19 mm Para. The glasses were placed under an inclined steel plate that deformed and directed down the bullets hitting it.

Being aware of the possible dangers awaiting us during shooting and seeing how easily the right glasses can protect us from them, we think that there is not much to add. Protect your eyes with proven methods because they are sensitive and will not regenerate. If you are looking for additional information visit our other logs: Protective and ballistic glasses - which model will suit? and Quick look on sunglasses