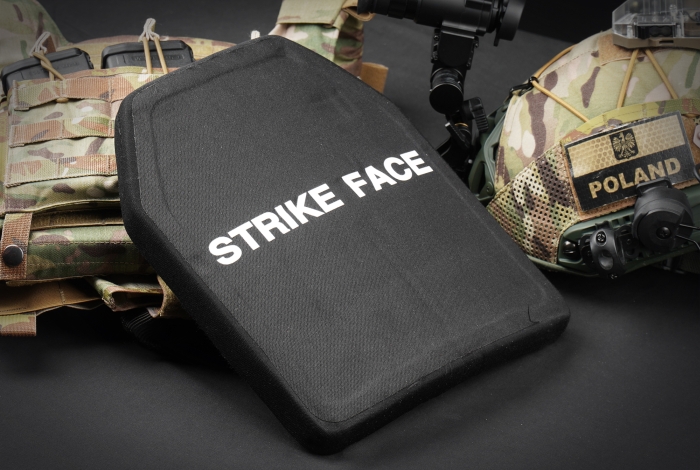 For the pretty obvious reason, recent events in the Eastern Europe cased a major increase of interest in military and surplus products. Increased sales include almost every product that may become handy on the battlefield—starting from the warm clothes and uniforms, through backpacks and ending with tactical and bulletproof vests.

In this blog, we will try to shed some light on the last of above-mentioned, because in our opinion, they are one of the key elements of the tactical gear, that may decide about survival of its user.

Bulletproof vests - from silk to kevlar

At the very beginning, we need to differentiate between tactical vests and bulletproof vests. Bulletproof vests are one of the inventions that may be credited to the Polish—Jan Szczepanik and Kazimierz Żegleń. Of course, their vests were not the first attempt in history to achieve ballistic protection—but were the closest to what we call bulletproof vests nowadays.

Before, most common and usually the only way of protection from the bullets were armor plates of various thickness and sizes. Unfortunately, they had one major drawback—the weight. However, Kazimierz Żegleń when constructing his vest used silk instead of armor plates—knowing about its bullet stopping capabilities described by George Emory Goodfellow, a doctor from famous Tombstone in the Wild West.

Żegleń’s vest however, despite eliminating problems like big weight or obstruction of movement, had one big drawback—the price. It was incredibly expensive—couple tens of layers of silk sewn together costed around 800 dollars, what makes around 10 000 dollars in today's money. Therefore, only the wealthiest people could afford them, people like crowned heads or… American gangsters.

Because of limited bullet stopping capability and extremely high price, silk bulletproof vests could not be used on a mass scale. This in turn resulted in the continuous efforts to use different hard materials in different configurations to achieve ballistic protection. The real breakthrough took place in 1965 when polish scientist working for DuPont company, Stephanie Kwolek obtained incredibly resistant and durable fiber - kevlar. Due to its ballistic qualities, small weight, and realistic perspectives of mass production, kevlar started to be used for bulletproof vest production very quickly.

At the beginning, as an innovation, PASGT - Personal Armor System For Ground Troops vests were introduced to the US Army in the eighties as a shrapnel protection. It very quickly turned out, that they also protect from the 9×19mm Parabellum bullets and provide level II/IIA ballistic protection. That made them the first bulletproof vests used for a large scale.

As we mentioned before, “soft” materials like silk, aramid fibers or kevlar, despite they offer a certain level of a ballistic protection, also have significant limitations. Apart from the resistance to be pierced by the projectile, the resistance to deformation is also a vital feature. The projectile, hitting the soft fabric, may cause severe internal injuries.

Therefore, apart from “soft” ballistic materials, there are also used “hard” ones. For example, steel inserts covered with special spall preventing solutions or ceramic composite plates. One of the most common uses for such inserts are tactical vests called Plate Carriers

Composite plates are sometimes commonly referred to as SAPI plates, but in fact the actual SAPI plates are the ones used by the United States Army, and the abbreviation stands for “Small Arms Protective Insert”. Apart from standard SAPI plates, you can also encounter development versions of SAPI plates like ESAPI, ISAPI, XSAPI, which differ in type of ballistic protection, their thickness, or weight.

If you decide to buy composite plates, you need to remember to pay attention to the dates which should be placed at the back by the manufacturer due to the fact, that those armor inserts require regular maintenance. If the maintenance is not conducted regularly, it may result in lowering the ballistic protection and lack of confidence that the insert would reliably stop the projectile. As a fun fact, we can add, that some companies offer an X-Ray of armor plates in order to detect possible micro cracks which could not be seen with a bare eye.

However it may seem weird, composite armor plates are fragile. The ceramic components, even though they can stop a bullet, they can not sustain strong tensions and are prone to cracking. Therefore, you need to remember to handle your vest with care.

Drops are also a danger to the armor plates, so you need to be extra cautious when putting them inside the vest or handling them differently. The good solution for the safe storage of composite armor plates are special hangers.

When it comes to the steel plates, because of the material they are made of, they seem to be more resistant to damage and to harsh treatment. But it does not mean that they are indestructible – you still should not throw them, drop them or abuse them in any way.

What is interesting, some manufacturers clearly and openly state, that steel armor plates are more durable, mostly because of the technology used. Composite plates, unlike their steel counterparts, even properly stored and maintained, at some point start to decay. Another advantage of steel armor plates is their price—they are usually way cheaper than the composite plates.

Unfortunately, steel armor has an obvious and very important flaw—its weight. Differences in mass between composite and steel plates are very often enormous—size M composite plate usually weighs around 1,5-2 kilograms, and its steel counterpart even around 4.

What is VPAM, NIJ and what are the armor proteciton standards?

NIJ or National Institute of Justice, is a research, development, and statistics institution under the supervision of American Department of Justice. It is also an institution, that just after the development of Kevlar created a program to develop a lightweight protective vest and provide it to the US law enforcement officers.

The program also resulted in creation of ballistic protection standards and documents regulating them. The classification, even though not the only one in use, is one of the most widely used. The markings based on it can be found on an enormous number of protective gear like ballistic helmets or vests.

In NIJ standards we can distinguish protection types as follows:

It also has to be mentioned, that the tests to determine about the certain levels of protection were conducted by firing a single shot. That means, you have to keep in mind that repeated hits to the armor may decrease its protection level. Moreover, the NIJ standards not only determine the armor susceptibility to piercing, but also to deformation.

As a simplified recap:

Apart from the NIJ standard, we can find a lot more ballistic protection standards in use around the world. For example, Pan-European VPAM, which consists of fourteen grades, marked with numbers from 1 to 14 where levels from 1 to 5 concern soft armor inserts and from 6 to 14—hard armor inserts. Another, similar to NIJ standard is the German TR where protection classes are marked as SK (Schutzklassen) and given numbers from 1 to 4, where 4 means the best protection

As a fun fact, we can also mention the Russian GOST ballistic protection standard. It has 6 classes, ranging from BR1 to BR6, where BR6 is the highest protection level. Classes from BR 1 to BR 3 concern handgun munitions, and from BR4 to BR6 - rifle rounds. An important element of that standard is, that the tests consider multiple rounds hitting upon the protection. This translates to 5 handgun projectiles in case of handgun rounds and three in case of the rifle rounds. The highest level, BR6, means a protection against 12.7 mm rounds fired from high caliber sniper rifle - OSW-96.

Can I own a bulletproof vest in Poland?

Despite the fact that it should seem obvious, that the bulletproof vests could be bought by anyone, the reality is slightly different. The main reason for that is an act of Polish law called “Law on entrepreneurship of manufacturing and trade of explosives, firearms, ammunition, and technology of military and police purpose”. Article 61, paragraph 8 of the law regulates explicitly, to whom such products may be sold, and article 9 clarifies even more the case of ballistic vests and helmets:

However, there is no law that would prohibit the possession of any kind of ballistic protection—so if by some lucky coincidence such gear would get into your hands, you can be sure that you will not be prosecuted.

To sum up, ballistic protection is a very important and vast topic—in terms of technology, law, and practical aspects. However, uneasy times somehow force us to have at least a vague knowledge about that topic. We hope that we shed some light on it in this blog entry.