The most challenging survival course for Polish Army. How to not get caught in enemy terrain, what to eat in the forest, how to escape the enemy? 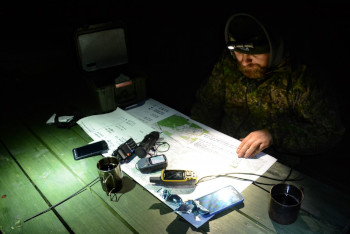 The SERE course, which stands for “Survive, Evade, Resist, Escape” is a three-level course designed for soldiers and personnel at risk of isolation - which means finding themselves separated from allied forces in enemy territory. It has to teach and prepare them for surviving in such an environment, but also how to behave if caught by the enemy and during extraction by friendly forces.

How many levels of the SERE courses are there?

The SERE course is divided into three levels:

Where did the idea of courses with elements of slavery come from? Everything started in U.S. Air Force

SERE course was officially created in the U.S. Air Force in the period between the second world war and the Cold War, after which it was also adopted by the U.S. Navy and Marine Corps during the Korean War. During the war in Vietnam, the original idea of the SERE course was expanded by elements of jungle survival. 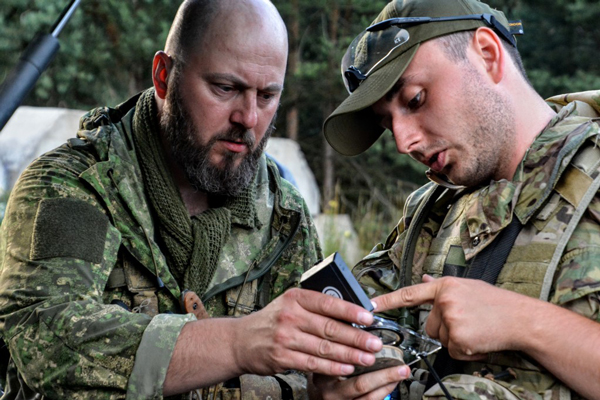 In the 1980s, when the U.S. Army started to put more emphasis on its special forces, it also started taking part in SERE courses. Today, SERE courses are a common sight in armies all around the world, because they tend to see the benefits of preparing their soldiers and personnel for the risk of isolation on enemy territory.

During three levels of SERE courses, the participants will get the theoretical and practical preparation necessary to survive and link up with friendly forces in a situation of isolation, and during the level C course also how to behave when taken prisoner and how to not be used by enemies for their goals.

The SERE course level A is a purely theoretical level, giving us basic information about isolation, and how different elements and levels of command work together to rescue isolated personnel.

The SERE course level B will give us the practical knowledge necessary to survive in isolation, such as ways to gather food and water and how to build a concealed shelter in enemy-controlled territory. You can read more about those in our blog post about survival. 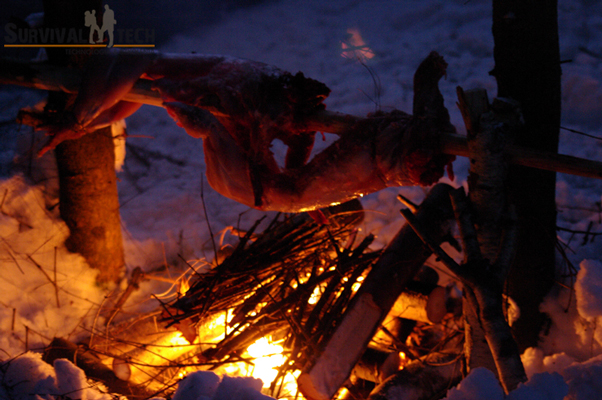 The SERE course level C takes its right to test your knowledge from previous levels and your whole survival experience, while also preparing you for what may come if you get taken as a prisoner by enemy forces. It will give us abilities to not get used by the enemy for their own goals and teach us how to behave during extraction.

How does SERE level C look - expanding your knowledge from level B, while also preparing you for being held as a prisoner by enemy forces

The unique element of the SERE level C course is the element of getting caught by the enemy, staying prisoner, and extraction by friendly forces. This specific element is covered with a shroud of mystery and bad fame, not only because of its high levels of realism and how highly advanced it is but also because of some well-known scandals, saying that techniques learned during those courses were used during the questioning of prisoners of war. 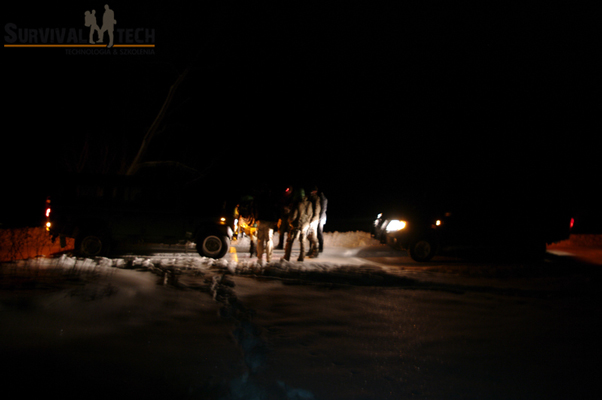 Everyone, no matter how well-prepared and concealed, is kept under constant observation by the instructors during the whole duration of the SERE level C course. When the time comes, the participant gets captured and moved to the place of isolation, where the last elements of the course take place. This last element of the course has to check how much a soldier can endure during questioning, how hard he will try to escape, and how much resistance to his oppressors he will pose.

During this part of the SERE level C course, the participant will be sleep-deprived and exposed to morale-breaking factors, questioned, and deprived of food and water. The well-trained instructors will utilize different, pre-approved, questioning methods to simulate real questioning which may be done by the enemy forces. During those, the participant can only tell his name, rank, ID number, and date of birth.

The last element of the SERE level C course is the extraction of captured personnel by friendly forces. This euphoric moment, however, needs to follow a strict protocol of behavior, because until friendly forces confirm that you are the person they came looking for, they need to treat everyone as a potential enemy. To let friendly forces begin extraction you should confine your reactions, put your hands on the back of your head, sit on your knees, and wait for extracting personnel to ask you a set of questions, which will confirm your identity. 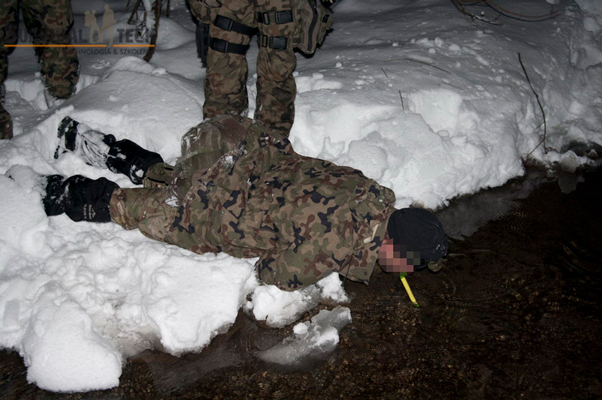 Not much of what happens exactly during level C of the SERE course is known to the public. What we know for sure, is that all participants and instructors are continuously monitored by the psychologists and experienced cadre, which is ready to stop the course at any given time if they spot a security risk for participants or instructors. The element of questioning may look brutal, but it is a necessary element to prepare soldiers and personnel for what they might encounter in the future, and instructors and the whole cadre are there to make sure it is only as rough as it must necessarily be.

SERE courses in the Polish Army 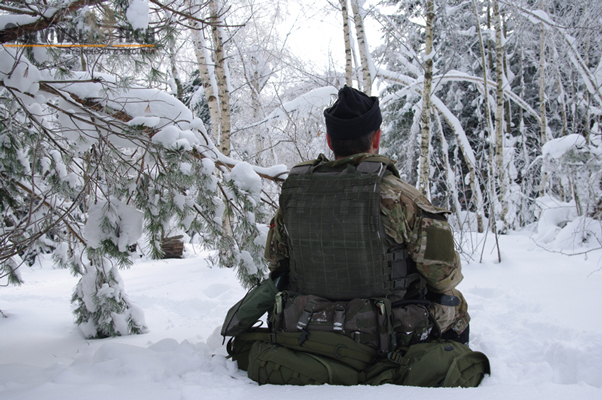 From those three levels of training offered by the Polish Army, level A SERE course covers 9 hours of theoretical training, which show the trained personnel the extraction of isolated personnel systems and what isolation is.

During the SERE level B course, participants attend 10 hours of theoretical training, and then 63 hours of practical training, from which the last 48 hours are spent outdoors. During those last two days, the participants not only have to take care of their needs, but also have to stay away from the sight of civilians. To add to the realism, instructors sometimes also utilize unmanned aerial vehicles and dogs.

The highest level, SERE course level C lasts for 282 hours, from which only 11 are spent on theoretical training. During this part, participants spend 9 days outdoors, from which 24 as prisoners. Before it gets to that though, every participant needs to pass a fitness test, consisting of a 7 km run with equipment weighing 5 kg for flying personnel and 20 kg for everyone else, and float on the water for 10 minutes to then swim 200 m. Those tests have to test participants' physical readiness for extreme stress, which SERE course level C for sure is. 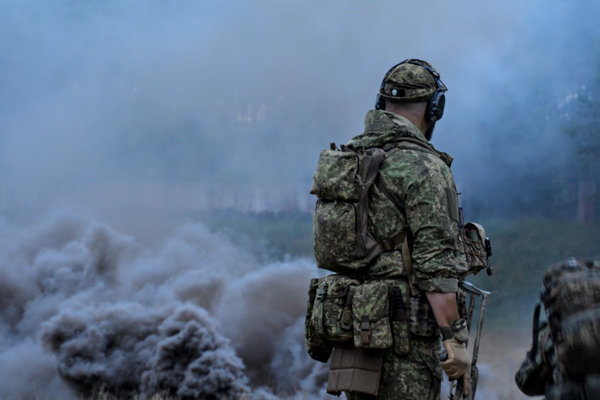 In the Polish Army, there is also a SERE VIP course, intended for every soldier in the rank of colonel and up, which has to prepare them for evacuation from a shot down machine sinking at sea. This training takes place in Ośrodku Szkolenia Nurków i Płetwonurków in Gdynia. OSNiP has a 10 meters deep swimming pool which allows for the simulation of waves, wind, nighttime environment, and weather factors. The main attraction is a sinking cabin of a helicopter, which is also utilized during training. Also, participants of the SERE level C course from CSSP in Koszalin and participants of SERE level B and C courses from CSMW in Ustka train there, from which the latter only in a shortened VIP version.

Images provided thanks to courtesy of SurvivalTech.

I DO NOT AGREE
I AGREE, I WANT TO GO TO THE WEBSITE