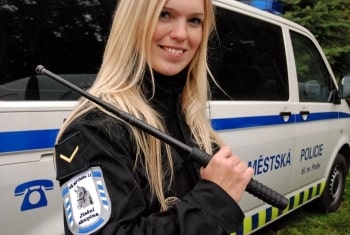 When it comes to personal safety, we should first of all care about developing the so-called situational awareness, and on appropriate prior preparation to deal with a possible threat. We are talking about both theoretical and practical preparation and equipping ourselves with appropriate tools that will help us in a crisis situation. One of the most popular of them are telescopic batons - we will try to briefly explain where their popularity came from and what to pay attention to when buying them.

The beginnings of the use of the bi-weapons probably date back to the beginning of mankind (unfortunately, we are not specialists in historical weapons), but we can certainly draw one of the milestones leading from a branch or bone to a modern telescopic baton. It was invented on the Japanese Okinawa tonfa. Japanese law prevented people of plebeian origin from carrying weapons. The only objects that a Japanese peasant of that time could defend himself against robbery were the tools he used every day for work. These were, among others, kunai for planting rice and bricklaying, or wooden mill elements resembling the shape of a modern tonfa.

Tonfa - when and how was it created?

With time, the technique came - in the case of tonfa, a martial art called Kobudō - and the whole concept of both the tool and its use began to develop. Tonfas came to Europe, where after some time they started to replace the classic police truncheons. They allowed not only for simple strokes and pushes, but also for effective defense and putting on levers, which we can't get with a simple baton. Combining the long range of its dimensions with a wide range of functions, modern tonfa-type models became the optimal tool for uniformed officers and security agencies.

Many of the items with strictly applications created for uniformed services do not have the features desired for civilians or officers in civilian clothes. In case of tonfa, it is of course its size. The solution, the concepts of which appeared in the 60's of the XX century was created from segments of the telescopic baton. In the 1970s, however, the ASP company was established, which is a significant popularizer of this tool and a reputable manufacturer, producing the highest quality batons to this day. 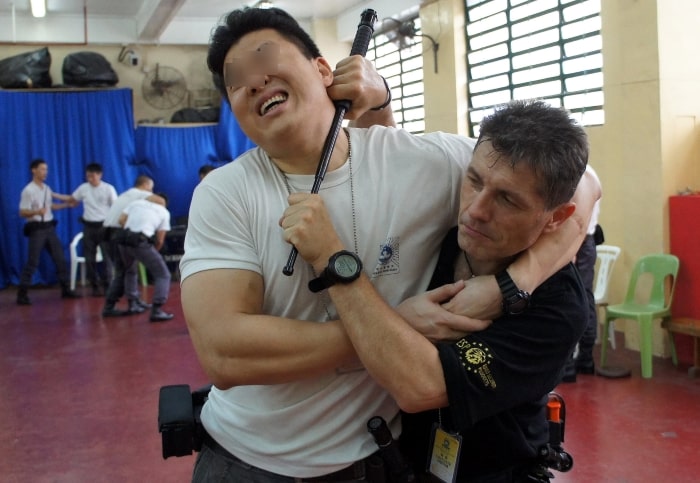 These clubs entered the equipment of various American uniformed services in the 90's, and the current trend makes us see them more and more often in the equipment of our native policemen, including those in uniform. Let's focus, however, on strictly civil application, oriented on discretion and use in an emergency situation. In this case the use of tonfa would turn out to be definitely impractical and, worst of all, would attract unwanted attention. In many cases, this could turn into a problem instead of a solution, so regardless of the type of baton, we recommend wearing it as discreetly as possible.

Which expendable baton should I choose?

Turning to the technical aspects, we distinguish several types of construction, and several types of accessories and finishes, which we will try to present to you on specific examples. First of all, we will distinguish two types of basic types of truncheons due to their structure. The most common sticks are models with a rigid structure - consisting of steel or, less often, aluminum segments. When unfolded, they allow both punches and pushes and the use of levers on the joints. They combine potentially greater efficiency with a potentially greater risk of damage to health. 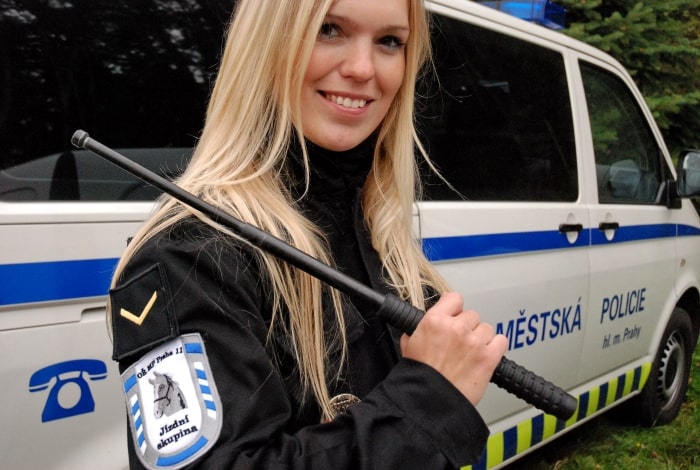 The second type are flexible truncheons, made of a very densely wound thick spring. In theory, they are supposed to limit the consequences of using them on the attacker, if we assume that the aggressor will not be a human, but for example an aggressive dog. In our opinion, a much better alternative in such a situation is to get pepper spray, preferably in the form of a cone. This will reduce the health consequences for the animal and will facilitate our effective defense. In case of a man determined to attack us, this type of truncheon may turn out to be insufficient.

The second aspect is decomposition. The construction of all the truncheons is very similar - three or four segments with ever smaller diameter entering into each other. However, depending on the advancement of the baton, we can find various solutions - from the simplest steel tubes rubbing against each other to advanced stabilization and locking systems as in the case of Bonowi products. Beginning with the simplest ones - the friction lock allows opening only by a solid swipe. Otherwise, the tool will not fold out properly and there is a risk of partial folding during use.

More complicated systems, however, introduce features unattainable for the so-called friction lock. The first example can be models of truncheons equipped with an automatic spring opening system. By means of a simple trigger mechanism placed on the handle we release the spring, which unfolds the baton regardless of the direction in which we hold it. This solution has its drawbacks, including limited ergonomics due to the location of the trigger. However, in closed, cramped spaces or in the crowd, it may turn out that we will not have room to open the classic unfolded baton. 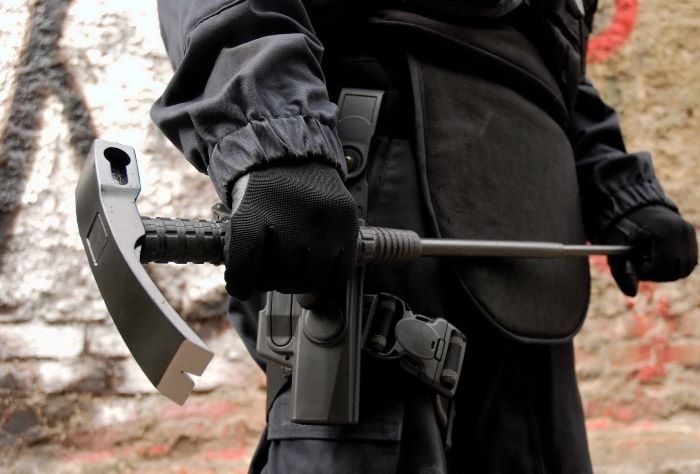 The most technologically advanced batons use patented locking mechanisms. Telescopic bludgeons with CamLock Bon or DiscLoc systems from ASP allow for the distribution of both the violent movement and the release of the lock - then it is done quietly, and the opening itself is done by manually ejecting the cells. Solutions of this type also provide additional advantages, such as maximum stability, no sound during transfer and limited bounce of the baton from the struck object. In the case of this type of mechanisms, folding is also done in a slightly more "civilized" way - instead of hitting a hard object, it is enough to press the button on the bottom of the telescope to slide the links together without any problem.

In the context of batons we often hear about hardened versions. This is a procedure commonly used in metallurgy, consisting of thermal hardening of metal. In the case of telescopic batons it is extremely important - in order to reduce the weight of the baton so that it is comfortable to carry and use, the cell walls must not be too thick. In the case of unhardened batons, they can be bent if they hit a hard surface or even an attacker.

Hardened telescopic truncheon - is it worth it?

In the case of people who do not expect a permanent threat but wear "prophylactically" this type of truncheon may be sufficient. However, for those who value reliability and use this type of tools for professional use, we strongly recommend the choice of a hardened model. Looking for the best price/quality ratio, it is worth to pay attention in this case to ESP batons manufactured in the Czech Republic. Their products are appreciated by officers all over the world - they are extremely solid, ergonomic and at the same time relatively cheap.

Speaking of ergonomics - browsing through the offers we will find many shapes and designs of handles. From the simplest ones, which are actually a steel tube, through knurled to specifically shaped and polymer-coated grips. Steel handles, covered with the most often cut texture, can be found either in very basic models, or compact, dedicated to carry in a very discreet way. This is then to reduce the volume and possible problems with hooking into clothes. 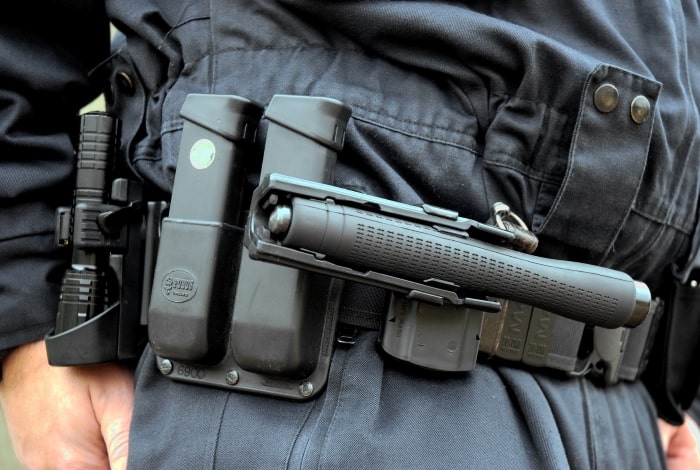 In most cases of good quality models we will find a simple handle covered with rubber-like material with a clear texture. A good example of this is ESP with its standard H-type grip, equipped with bumps that limit the possibility of the baton slipping out of the hand, as well as pulling it out by the aggressor. A more advanced grip here will be the HE version, ergonomically profiled to fit the shape of the hand. In some models we will also find handles covered with finely textured rubber, sometimes imitating leather. This is a convenient solution for people using batons without gloves. Grips of this type absorb vibrations well, but their small texture will work much better in the unexpected hand.

And at the very end - carrying. Telescopes can generally be carried in any way you like, however, the essence of having them is to get them in as quickly as possible. If we expect maximum discretion, we can use models equipped with a clip. They will allow you to wear them in an IWB way - inside your pants. For those who, however, can afford to camouflage the truncheon with e.g. a jacket, we recommend choosing models with appropriate holsters. We will find here a few solutions - from very basic, material loaders, which will not provide us with a rather quick access, to the adjustable structures equipped with a quick release system. 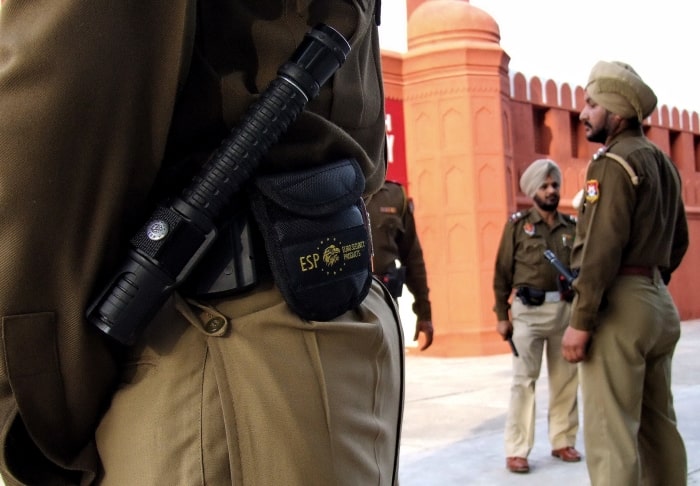 And here again it is worth mentioning ESP, which creates ready-made sets of truncheons with several versions of holsters. For everyday civil user we recommend mainly models of BH-x4 and BH-x5 series. At a reasonable price, they guarantee fast selection, stability and the ability to adjust the angle of the truncheon. This is important because in addition to making it easier to remove, the adjustment also allows for better adjustment to the geometry of our body, and thus more effective hiding. In the upcoming week we will publish a summary, allowing you to compare the features and advantages of specific models in our offer.